Short break in a village

Every day we learn more about African animals, their behavior and nature. We cycle through land of the Masai, yet most of the time it is a no man’s land. Observing the landscape I see only fleeing antelopes, warthogs lurking from the distance, zebras resting in the shade of a tree and giraffes, as usual proudly overlooking the situation, whose silhouette is impossible to miss on flat savannah even from a kilometer away. That is a kind of a day when every few kilometers we need to fix punctures, however in the company of savanna’s wildlife it is even quite enjoyable. 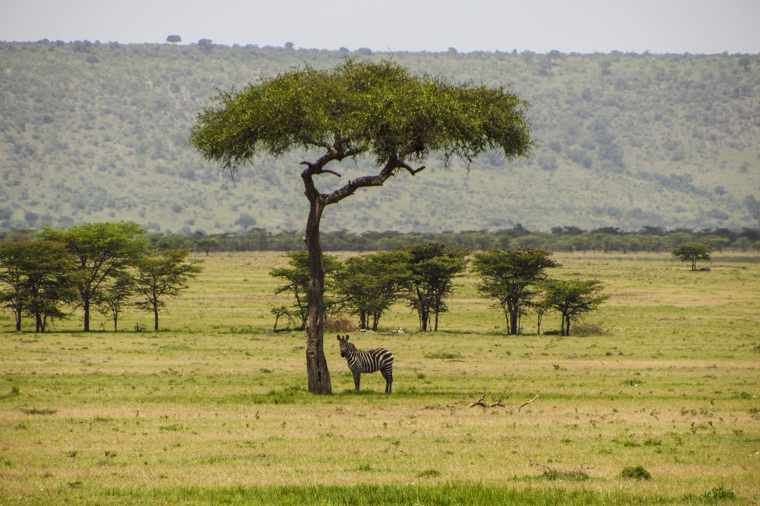 Under the tree shade 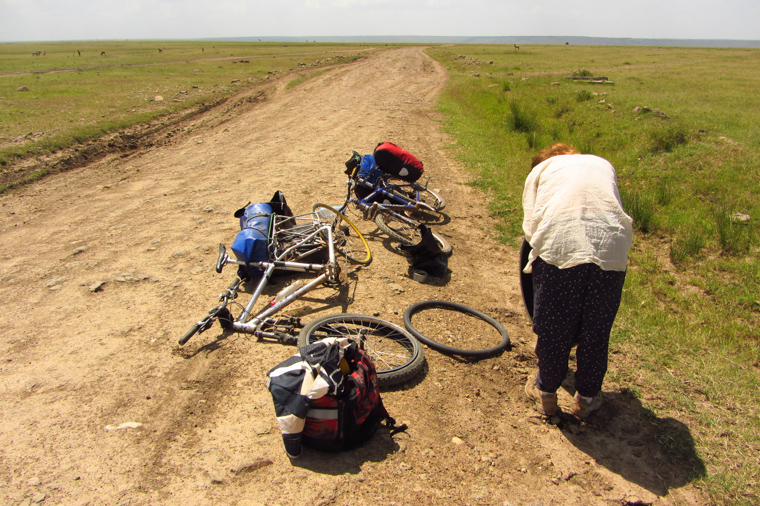 We are following a naturally shaped corridor, along which lions and buffalo move freely. Allegedly most prey animals tend to rest during the day and save energy for night hunting. However, just for safety, I reach out for a machete and I put it handy on the trunk. I do not know if this has any real significance for safety, but it helps psychologically at least. Unlimited visibility of terrain is also a relief. Very low grass covers the whole area and it is as flat as a frying pan. 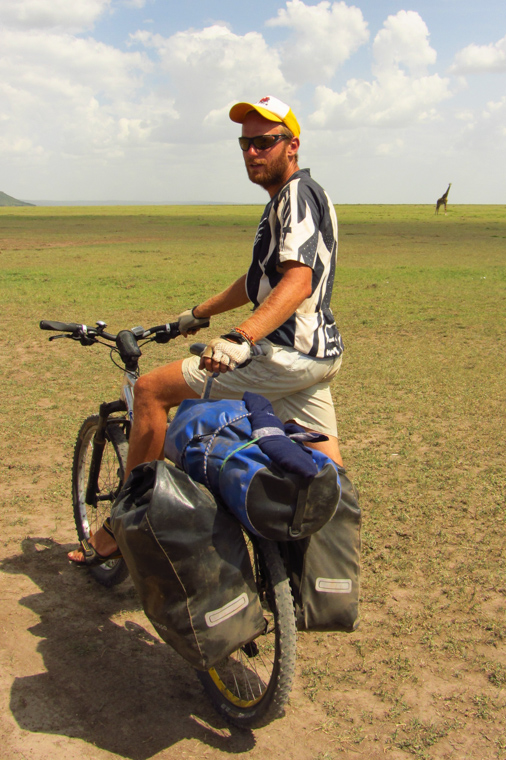 Giraffe on the horizon

We arrive at the Junction Alkimitare. The following couple of tens of kilometers will become more diverse, but still mostly uninhabited, very remote area. A motorbike, also heading eastwards, accompanies us for a section of the road. On the way we notice a few Masai shepherds taking care of their large herds of cows, goats and sheep. 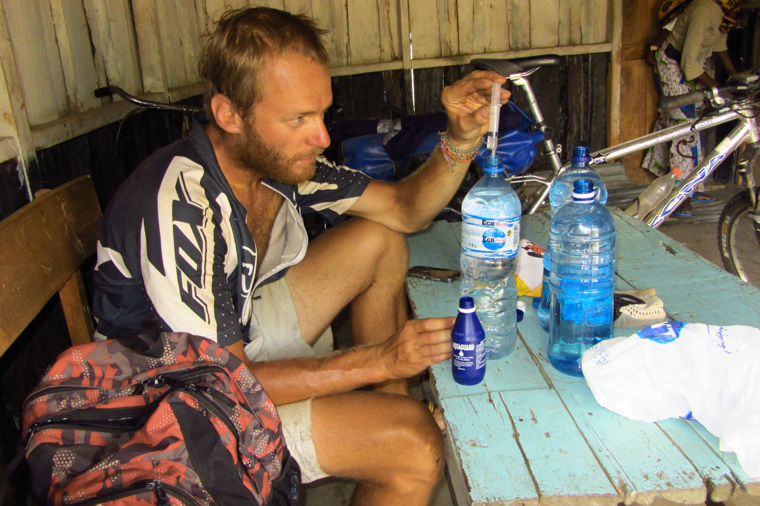 The first settlement we encounter is our only option to safely spend the night. It is fenced with dried-shrubs to protect from wild animals. A son of the village’s founder shows us a place for the tent. Then he takes us some hundred meters away from the village to a small source of water (to be precise, a murky pond), where we can wash and even bathe to some extent. 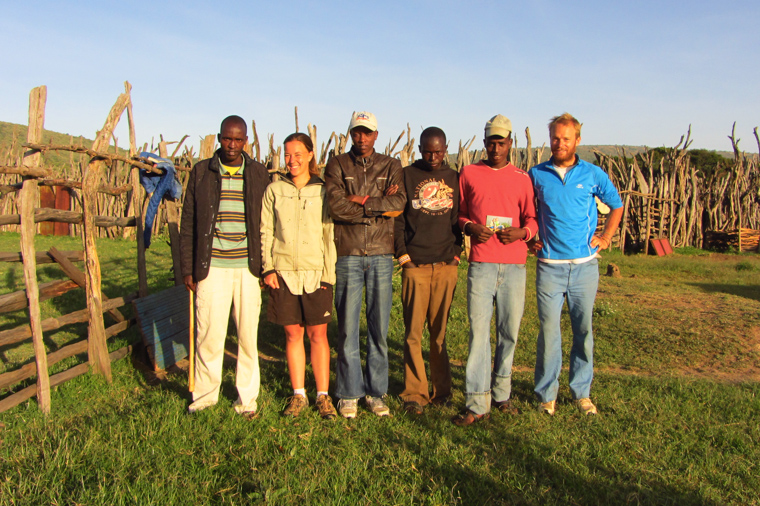 Our host has two wives, several children and a few grandchildren. It’s all the inhabitants of this tiny village. A traditional Masai would merry a woman only from the same tribe and only when both families know each other. He may not have more than five wives. All the residents of the village are engaged in cattle breeding. Ten years ago, when they came here to start the settlement, they had only 20 cows. Their cattle has expanded ant today it outnumbers 200. Because of dangerous animals, taking cattle to and back from pasture is a daily routine for savannah residents. 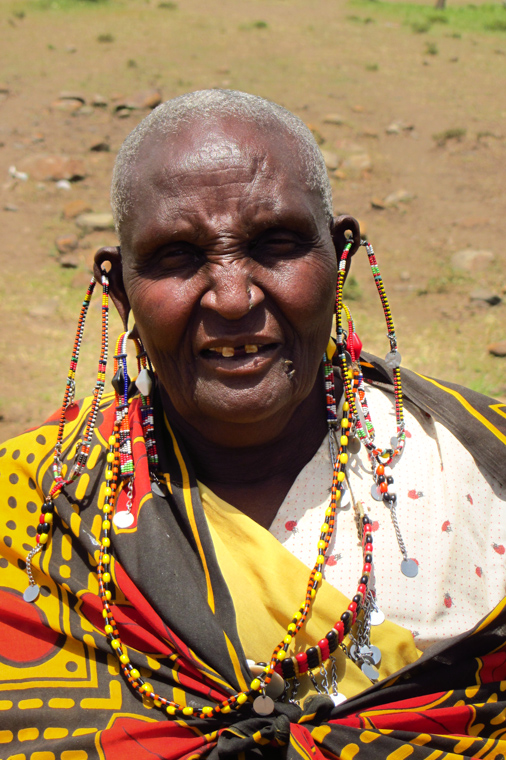 In one of the huts we have rice with beans and potatoes for dinner. I am keen to ask the host how would they manage a situation if during the day a lion had approached their herd of cows. Young Masai takes a sip of tea with fresh fat milk and he replies: “We have a spear.” Then his brother brings inside the room a real spear made of metal, about meter and a half long. Seeing our surprise, he reaches for another prop, “This is a bow that we can use to shoot from a distance”. Amazing, a real self-made bow to shoot lions! 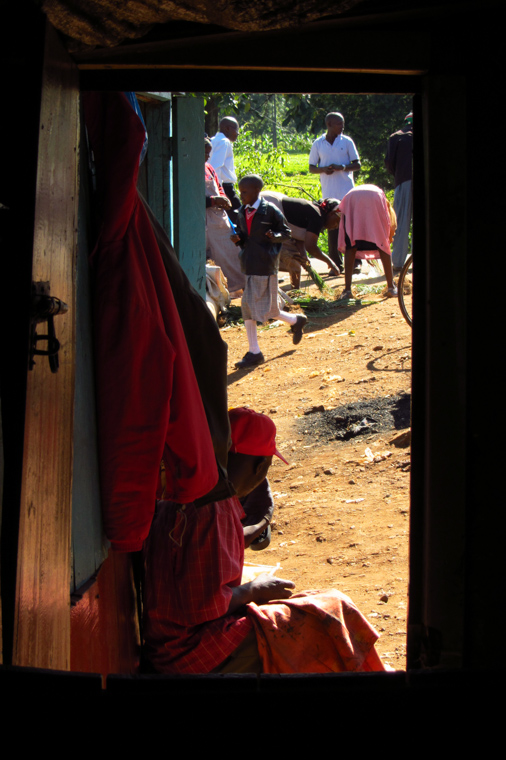 At night I wake up a couple of times. When I am out for a short walk, I meet one of owner’s sons, who is checking if lions are not approaching the settlement. We only see a small herd of zebras in the distance of about a hundred meters, clearly visible in the moonlight.

After some time the sky appears to glow and promises approaching sunrise. Residents get up and start the day with taking cattle to the pasture.

We learn that building a house which is made of mud mixed with water and cow pies takes on the average two weeks. The owner’s share in the cost is exactly zero Kenyan shillings, just as the share of bank loan. It only takes time and enthusiasm to work. 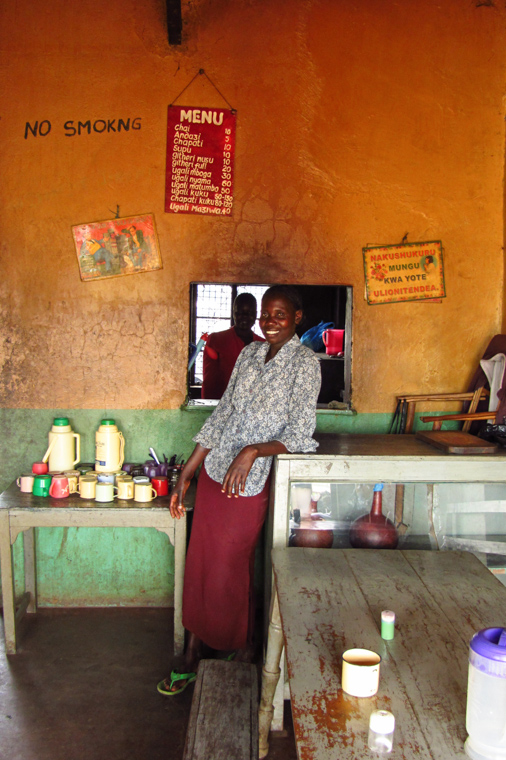 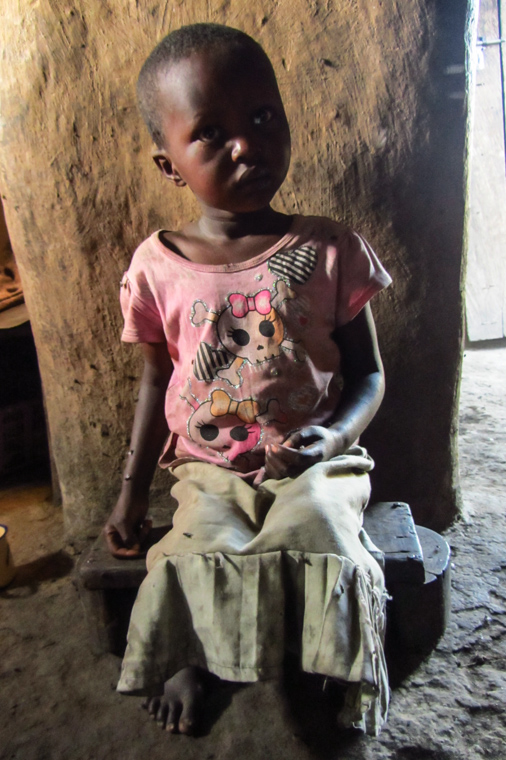 C13 road goes on, all the time bumpy and rocky. Sometimes there is a narrow path for bike to bypass the ruts and rocks. The landscape changes, now it resembles the Wild West: cacti, deserted houses locked with wooden boards, semi arid desert. The only difference is that instead of cowboys and revolvers, we meet Masai carrying spears and wearing colorful shúkà. 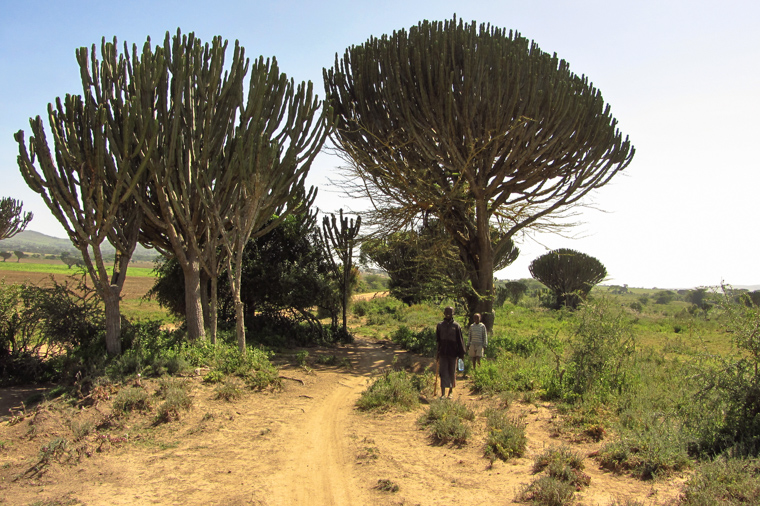 In the end, the first time in nearly a week there is a paved road. It does not matter so much, because the roadside of the road is full of thorns. We need to stop another few times to patch a tube. 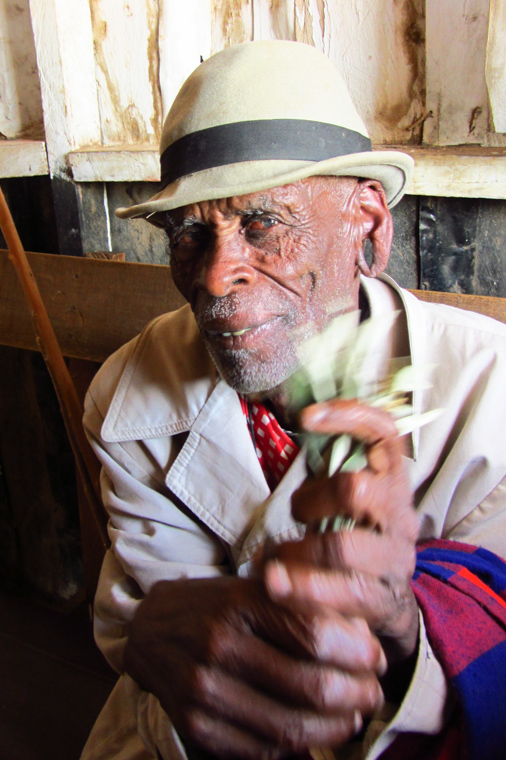 We arrive at Narok and here we find a picnic bar named Nyama Choma Tayari. We successfully convince a manager that this is not just a picnic bar, but also a place where one can pitch a tent and spend the night.

I order a cold beer and enjoy it watching Signe practicing patching her tube. In the morning it appears that the patch has been put on correctly, but in the wrong place.

As African proverb says, “You learn how to cut down trees by cutting them down.” 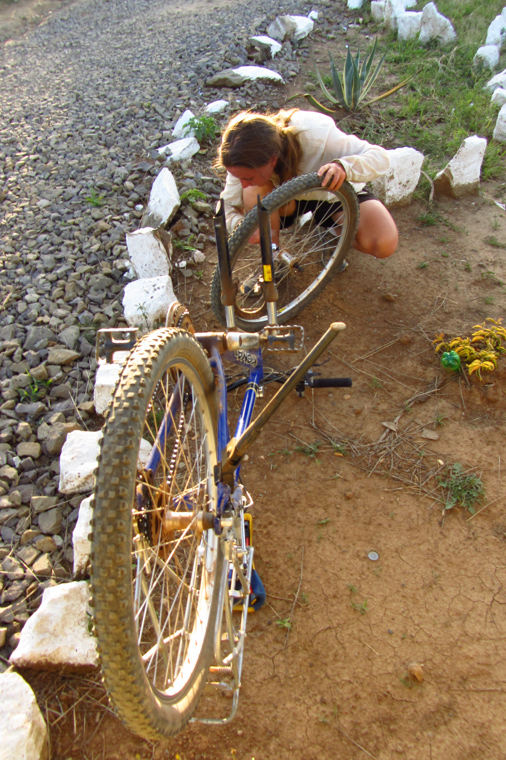